Kolkata: After a solid performance to knock Rajasthan United out of the Durand Cup in the Quarterfinal, Manolo Marquez’s Hyderabad FC are all set to face fellow-Indian Super League side Bengaluru FC, in a much-awaited Semifinal clash at the Vivekananda Yuba Bharati Krirangan here in Kolkata on Thursday.

Hyderabad registered a 3-1 win over the I-League side in the last round while Bengaluru FC defeated Odisha FC 2-1 after extra-time in another closely fought quarterfinal to set up this exciting clash.

One of the most consistent sides in the competition, Bengaluru FC, are one of just two teams yet to face a defeat in the Durand Cup this year. Simon Grayson’s side have managed to put in some strong and impressive performances making them a big threat in the competition this season.

The likes of Roy Krishna, Sunil Chhetri and N. Sivasakthi have been unstoppable in front of goal and will be the danger men for Hyderabad in this game, believes HFC Head Coach Manolo Marquez.

Speaking about their next opponents, the Spaniard said, “BFC are playing different kinds of systems but they have signed some really good attackers. Krishna and Javi Hernandez are joined by some very good young prospects like Naorem Roshan Singh, Sivasakthi and more making their squad impressive,” he said.

“They are a strong and physical team like we saw in both ISL games last season so we have to try and stick to our style of play. They have dangerous offensive players and we need to be ready for a tough game,” Coach Manolo added.

Nigerian star Bartholomew Ogbeche has also been in fine form this season, scoring five goals including the first of three against Rajasthan United in the last game. Javi Siverio and Akash Mishra got their first taste of scoring in the Durand Cup, in that game as well, and they will be high on confidence going into this game.

Manolo Marquez revealed that HFC have used 24 players so far in the Durand Cup this season and hinted that there could be more changes to the Starting XI for this Semifinal clash.

“We know that we are in pre-season and we now have one round more after putting in a good performance against Rajasthan. It is normal to have ups and downs in pre-season, especially when it is long,” said Manolo.

“We are happy with the minutes under the belt for every player but we want to win every game and we will try to give our best on Thursday,” he added.

With both teams in search of silverware and a morale-boosting pre-season, we can expect some fireworks at the Salt Lake Stadium.

The game kicks off at 6 pm IST, and will be telecasted live on Sports 18 and streamed on the VOOT app. 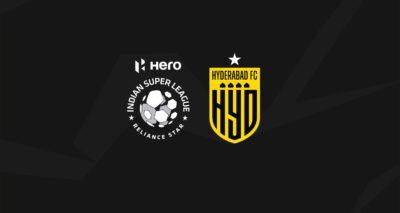 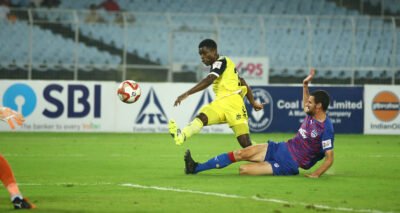