Hyderabad FC players in training ahead of clash against Jamshedpur FC

Jamshedpur: After four back-to-back league victories, Indian Super League table toppers Hyderabad FC are back in action when they take on the League Shield winners from last season, Jamshedpur FC, in a crunch clash at the JRD Tata Sports Complex in Jamshedpur on Wednesday.

Hyderabad, who currently have 13 points from their first five league games, will look to consolidate their place at the top of the league table while the Red Miners, who are winless in their last three games, will hope to get back to winning ways in front of their loyal support.

Aidy Boothroyd’s side are fresh from a 3-0 defeat at FC Goa in the last game but are one of the strongest sides in the competition this season.

The likes of Peter Hartley, Eli Sabia, Daniel Chukwu, Wellington Priori, Boris Singh Thangjam, Jay Emmanuel-Thomas, Harry Sawyer and Seiminlen Doungel can all be dangerous on their day and HFC coach Manolo Marquez believes that it will be a tough game for his side.

“It is not easy when you change the coach. In some moments they play very good and they will also have their fans backing them, hoping for them to win. Jamshedpur will want to win and show their strength to their fans so we all know that this will be a difficult game for us on Wednesday,” said the Spaniard.

Coming up 👉 @IndSuperLeague Round 6️⃣!

Hyderabad have now won their last three games with a 1-0 scoreline but all of them at home. They are finally back on the road after three weeks and Coach Manolo will hope that his side can keep up the good work in Jamshedpur as well.

Mohammad Yasir and Halicharan Narzary teamed up to win the game for HFC in the last outing while Laxmikant Kattimani now has four consecutive clean sheets and could be tested with a strong Jamshedpur attack in this clash.

It is a collective team effort that sees Hyderabad sit at the top of the league table and Coach Manolo spoke about how that is the strength of his side.

“Our continuity has helped us this season. The biggest strength of this team is the group of players who are comfortable with each other and that is what makes us a strong side. We are ready to fight again and will look to give our best,” he added.

Hyderabad have never beaten Jamshedpur in the history of the ISL with two defeats and four draws in six games between the two sides. And we could witness another close encounter when the two sides clash at the JRD Tata Sports Complex on Wednesday.

The game kicks-off at 7:30 pm IST on Saturday and will be telecasted live on the Star Sports Network with live streaming on Disney+ Hotstar and JioTV. 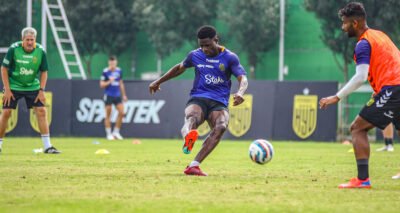 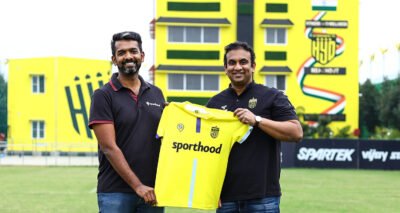 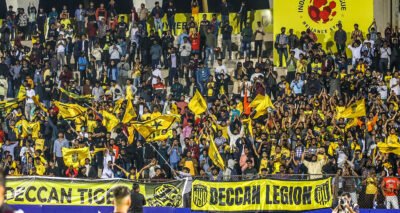