Joao Victor and Aridane Santana after the victory over NorthEast

Hyderabad FC put on a strong performance to beat NorthEast United 4-2 at the Tilak Maidan in Vasco on Friday night. This victory pushed Manolo Marquez’s side to the 3rd place in the points table, 10 games into the campaign. There were plenty of exciting moments from the game but here are a few talking points

HFC were clinical in front of goal against the Highlanders, continuing their goalscoring form from the game against Chennaiyin earlier in the week. Hyderabad have now scored four goals each in the last two games and if they can produce such performances regularly, a place in the playoffs is not too far out of their reach.

Hyderabad dropped quite a few points due to their finishing in the earlier rounds of the competition. But now, they look confident in the final third and will hope to continue their form for the rest of the season.

For the first few games, Hyderabad had Aridane Santana as the only goal scorer in the first team. Joao Victor did score a penalty but in the last two games, the attackers have added goals to their play. Joel Chianese, Halicharan Narzary and Liston Colaco have all scored two since the turn of the year while Joao Victor and Aridane Santana also found the back of the net.

Manolo Marquez spoke about the need for his side to find new goal scorers and will be happy with the returns from his side recently. HFC now look a stronger unit in attack and need to take this momentum into the next game.

Hyderabad have two of the most consistent full-backs in the league so far. Asish Rai and Akash Mishra have hardly put a foot wrong at the back but more interestingly, they now have three assists to their tallies. The settled centre-back pairing of Odei Onaindia and Chinglensana Singh allows the young duo to push forward constantly and they could be a real threat in the final third.

However, they will have to balance their defensive duties with their attacking runs and this could be crucial for the rest of the season.

The youngster is easily one of the most exciting attackers on show in the Indian Super League this season. He opened his account for this season with a couple of well-taken goals against NorthEast on Friday. He now has two assists and two goals this season but more interestingly, he now has four goals for Hyderabad FC, all coming against the Highlanders.

In the 5-1 demolition of NEUFC in the last game of the last season, Liston scored twice in the first half including his first goal for the club. Hopefully, this game against NorthEast will fill the youngster with confidence for the rest of the season. 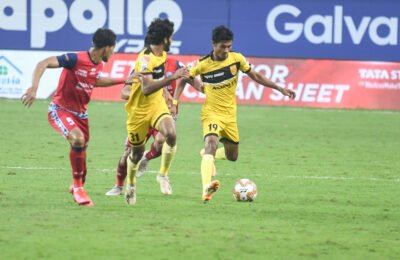 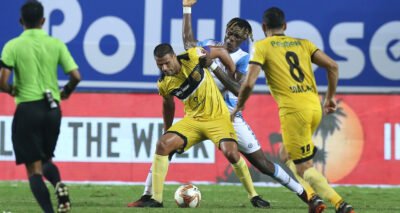 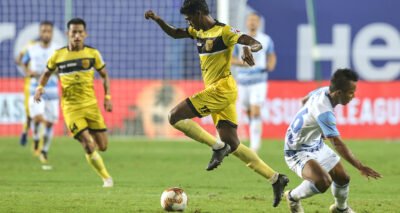